Features
See how Guru captures, transforms, and delivers knowledge when you need it.

Integrations
Guru works where you do - Slack, Chrome, Gmail and more.

Get the Chrome extension  >

Get the Microsoft Teams bot  >
Solutions

Product enablement
The latest product information, delivered to reps in their workflow.

Guru Help Center
Courses, tips and tricks, and best practices to make Guru work for you.

Blog
We've got a heck of a lot to say—and here is where we say it.

References
Does KM make you say IDK? We explain all the industry terminology here.

Free Templates
Boost your productivity and free up time with expert-designed templates.

David Hoops, Sales Resource Manager, and Gen Smith, Senior Manager of Sales Enablement, were both members of Better’s inaugural group of 15 salespeople. Fast forward a mere three years, and there are more than 1,000 people on the team.

As they added headcount, both Gen and David found a sweet spot training and empowering others to do their absolute best work, and, in turn, landing people in their absolute dream homes.

But when Gen kicked off the first formalized training for new hires, she ran into a documentation problem; “that's where I first realized there was a lack of a centralized knowledge base when it came to training new hires,” she explains. When she looked into it, she found that the lack of unified company-wide knowledge inconvenienced even long-term Better employees.

Meanwhile, even though David loved the day-to-day interactions with his team, he had reached the point where time spent answering repeat questions was hindering his ability to step back and focus on strategy—much less get a few good hours of focus in without a Slack notification. And when the pandemic forced the team to go fully remote, the issues multiplied.

So, he posed a simple question to his team: How much of your day is spent answering questions?

“In March, before my team launched Guru, our managers said that it was taking a literal third out of their days. So 2 ½  hours of their day on average was being just spent by answering individual one-off questions from the folks on their team.”

Some people surveyed reported spending more than 3/4 of their workdays answering repeat questions. That’s when they knew there was a significant knowledge gap in their organization and that it needed remodeling.

Pick a plan
Get started for free! 🚀

The first step was finding the right solution, and after comparing different knowledge base offerings, Gen was won over by Guru. Two major features stood out: the power to meet people where they already work, and simple searchability.

The process of relaunching their new and improved knowledge base with Guru was put on the fast track with the shift to remote work. Suddenly it was imperative to keep all company information in one accessible place.

It didn’t hurt that HR was already on board. “We had HR, and if HR uses it, everyone has to use it,” says Gen. From there, they identified key stakeholders across departments and invited them to a recurring meeting. That group of people became the advocates for knowledge and development at the company, otherwise known as the Knowledge Council. “Since then,” she continues, “funny enough, a lot more of these different departments that we didn't even think of in the beginning now want a Collection in Guru, and they're reaching out to us.”

This new launch sparked unprecedented company-wide engagement. Team members from across the organization and the globe were now saying that they couldn’t get through their WFH-workday without the support of their new informational setup.

Company-wide info, all under one roof 🏠

When David reran his survey in October on time spent answering questions, the results were a dramatic improvement: “We've been able to drop [time spent] from 33% to 20%. Giving each of our managers about 1 ½ hours of their day back while onboarding over 1,000 people in sales was a very big moment.”

It wasn’t just the sales teams that felt the time-saving benefits of a unified knowledge management system. Everyone from HR Ops to IT analysts reported a newfound level of confidence and productivity.

“My time as an SME would be drained by follow-up, and my work/life balance would suffer as I would likely log in early or stay logged in later in an attempt to close out all comms. Guru has freed up an incalculable number of hours for myself and my team in HR. We are a touchpoint for most employees, and as we scale, our new employees also intuitively reach out with repetitive questions. Guru has more than leveled up our onboarding process and remains an invaluable resource in keeping our company aligned on org-wide knowledge.”

“If I lost access to Guru tomorrow, my life would look similar to Robinson Crusoe’s life when he was stranded on the island. Being able to be independent and have the knowledge at your fingertips all in one space was such a game-changer.”

By initiating this knowledge management revamp, Gen and David have given their coworkers hours of their day back; streamlined Better’s remote onboarding process, and equipped team members across the company with the information they need to help customers become homeowners. “I'm so happy that we can provide people more peace of mind while they're working from home,” Gen adds with relief.

That’s what a knowledge management system is really all about: keeping your company-wide information under the same roof, even when you can’t be. 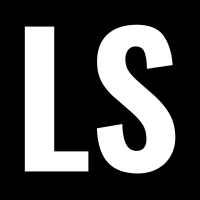 It's FREE and easy to get started. Just pick the plan that works best for your team, or chat with one of our experts to learn more.
Pick a plan
Request a demo

The Guru Blog
Where we drop our knowledge
Visit blog

Thank you! Your submission has been received!
Oops! Something went wrong while submitting the form.
💌  Stay in the know with Guru email updates
Terms of serviceDev agreementPrivacyBeta agreement
©2021 Guru Technologies, Inc